Last updated on January 10, 2023 2:32 am
Add to wishlistAdded to wishlistRemoved from wishlist 0
Add to compare
Tag: Day trips from Madrid

Situated in central Spain in the ancient city of Toledo, the Alcázar of Toledo is home to an extensive history of Spain in all its forms, from Roman times, through the middle ages and the Spanish Civil War.

There are a variety of ways you can experience this historic fortress! Embark on a guided tour of the Alcazar, or join a full-day tour from Seville, which combines a number of fascinating cultural and historic stops! There are options for everyone, so you can find exactly the way you want to experience the Toledo castle.

Know before you book: Sitting atop a hill with panoramic views of the city around it, the Alcázar makes for a perfect tourist destination for anyone with an interest in Spain’s wartime history. Especially for any military history buffs. Not to be forgotten are the Toledo Cathedral, and the ever-present multicultural history of the city from the Moors, Christians, Jews and Muslims who resided there over the centuries.

Originally a Roman Palace built around the 3rd Century, the Alcázar of Toledo (or Alcázar de Toledo) is a stunning landmark with a rich history that’s been past down over the centuries. It was first restored in the 1500s by Spanish Royalty and later restored again after Francisco Franco’s troops took refuge in the Alcazar in the Spanish Civil War, 1936. In this battle, it was nearly entirely destroyed and was restored and rebuilt up until its completion in the late 1950s.

Today the Toledo Alcazar, sitting on top of Toledo, is the city’s Army Museum, as well as home to some army offices. An extensive amount of Spanish Army history is covered in the museum, all the way from the Roman times, to the discovery of the ‘new world’, up until the Spanish Civil War, and later their involvement in Afghanistan. It is also a UNESCO World Heritage site, solidifying its place both in modern and ancient history.

If that sounds like an incredible place to explore to you, choose a day tour from Seville or Madrid, or catch a train here and join a short guided tour of the Alcazar.

The cost of the tours start at €12 Euro ($14 USD) to €50 ($56 USD) depending on the kind of experience you’re looking for – a short guided tour, a skip-the-line-ticket and tour, or a full-excursion! Compare prices across the ticket providers below: 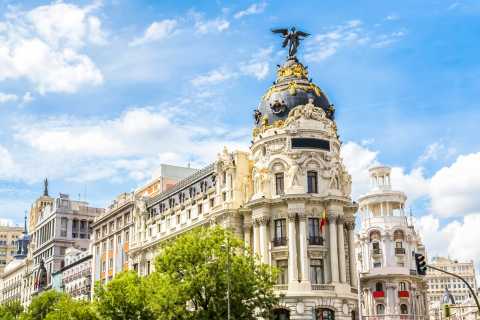 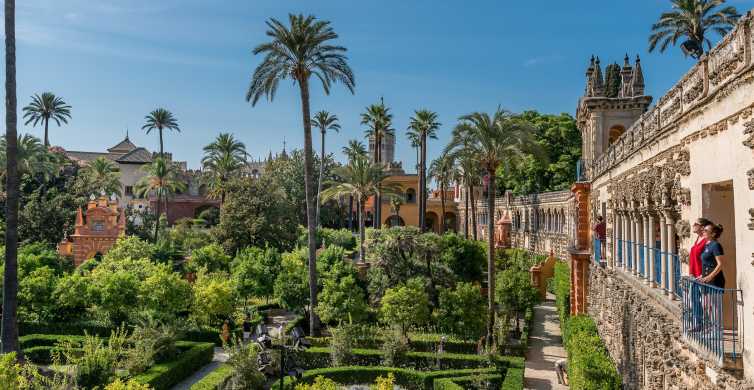 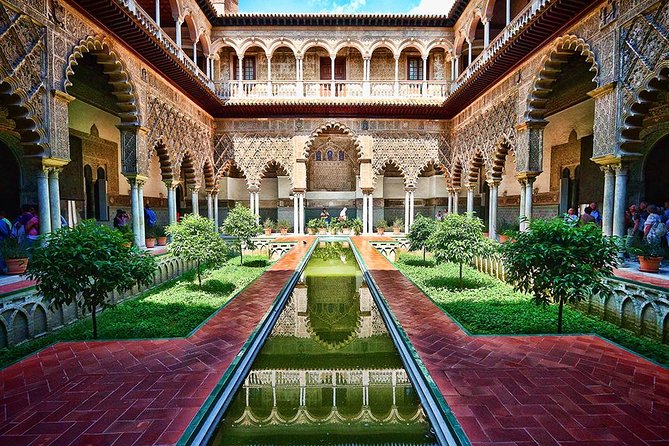 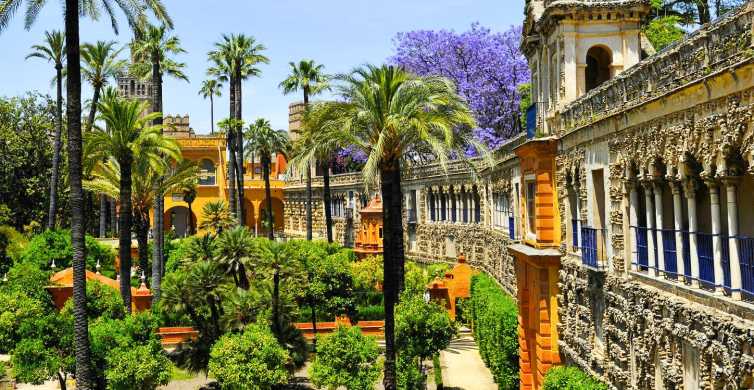 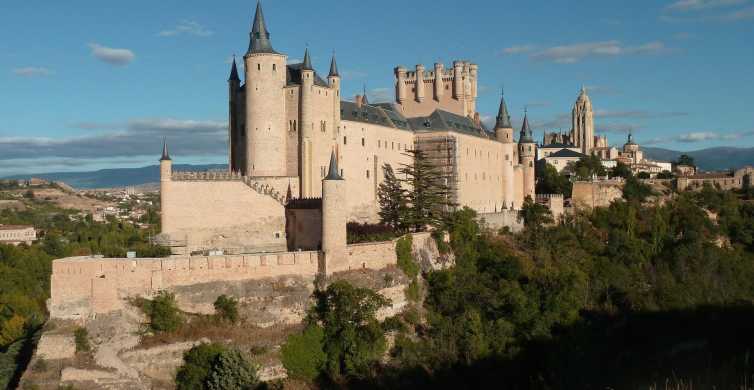 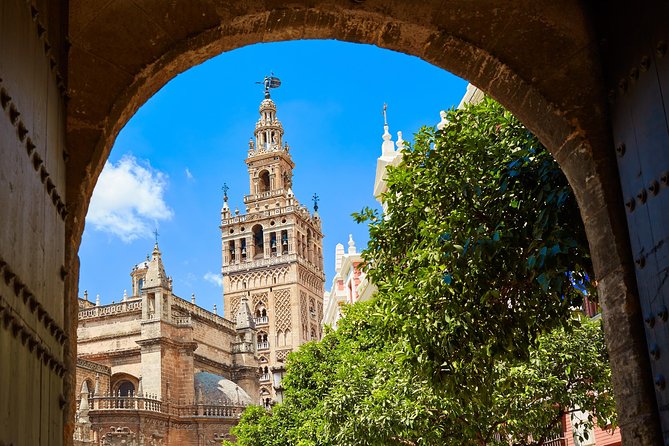 Guided tours of the Alcazar last 1-3 hours depending on what is included. The tours of Toledo are full-day trips! It is open all year-round, but closed for maintenance on Wednesdays.

There’s never a bad time to visit the former royal palace of Spain’s Catholic Kings! The best time to visit Toledo is in spring, as the weather is perfect and summer crowds disperse. But since Toledo is off the general tourist map, and the Alcazar is always cool, we honestly can’t think of a reason not to visit any time of year.

There are some great options for a tour of the Alcazar! Whether you love all things history or military, or you just want to take a day trip somewhere beautiful, these tours are just the thing.

Explore Toledo’s most impressive monument! Visible from everywhere in the town, it is a must-see. On this tour, you’ll marvel at the incredible mosaics, the luxurious rooms and sculptures, the immense gardens, and the view from the watchtowers!

The castle contains centuries of army memorabilia such as weapons, uniforms, models and documents. From the courtyard on top of the Alcazar de Toledo, you can admire the picturesque views of the Tagus River, the longest river in the Iberian Peninsula; as well as walk the ramparts for a panoramic view of the city.

The city is also famous for having a long history of Islamic, Jewish and Christian residents living side-by-side, with religious artifacts found all over.

What we liked: A perfect short tour of the Alcazar, with stops at all the important places .
INCLUDES:
EXCLUDES:

You can also choose a skip-the-line tour, so that you waste no time waiting to be inside! This is a great option in peak seasons, or for those with little time to lose. If you’re staying in Madrid and want to explore beyond the city on an exciting day tour of Spain’s historic landmarks, this is an ideal day tour. In addition to a guided tour of the Alcazar, you will visit Toledo and Segovia’s most impressive attractions. This includes the Jewish Quarter, and the magnificent Toledo Cathedral!

You can also select an option with a traditional lunch – or get your own lunch with the help of your guide! It’s a really lovely option for those with a little more time to explore, and interest in this gorgeous area of Spain.

What we liked: A wonderful day of activity and beauty in these two cities.
INCLUDES:
EXCLUDES:
Check Price & Book
8.3Expert Score
Situated in central Spain in the ancient city of Toledo, the Alcázar of Toledo is home to an extensive history of Spain in all its forms, from Roman times, through the middle ages and the Spanish Civil War. There are a variety of ways you can experience this historic fortress! Embark on a guided tour of the Alcazar, or join a full-day tour from Seville, which combines a number of fascinating cultural and historic stops! There are options for everyone, so you can find exactly the way you want to experience the Toledo castle.

Know before you book: