Seville is one of the most beautiful destinations in Spain. People from around the world flock to this city to sight-see and immerse themselves in the culture. Yet there is more to Seville than its incredible attractions. The city has a rich history and tons of interesting facts you may not know.

Below is a breakdown of the history of Seville, Spain, as well as some facts about the fantastic capital of Andalusia. Seville, Spain history: a rich past

Seville, the capital of Andalusia, lies in the south of Spain. With a population of over 700,000 it is one of Spain’s largest cities. We’ve written a brief history of Seville from the 8th century BCE, all the way to the modern-day.

Seville was originally on an island near the Guadalquivir River in Spain. Back then it was known as Hisbaal and was primarily occupied by Iberian people. During Roman times this name changed to Hispalis, and you can still spot Roman architectural influences in Seville today.

Hispalis was conquered by the Moors – Muslim inhabitants from the Iberian Peninsula – in the 7th century. The aesthetics of the Moors are also visible in Seville’s courtyards and boulevards.

Castillian rule began after the Moorish era during the 13th century when King Ferdinand ||| conquered Andalusia. But Hispalis was still predominantly under Muslim rule.

Moorish rule finally gave way to Catholic monarchs in the 15th century. In 1492, Christopher Columbus’ expedition to the ‘New World’ would mark the beginning of a golden era in Spain. Imported goods from the New World passed through Seville’s port, Casa de Contratación, expanding the Spanish empire considerably

Seville was, at this time, the commercial centre of Spain. Precious metals and goods arrived from the Americas, trade boomed and the city became an intellectual hub. This Golden Age came to a close after the plague of 1649 and Spain’s loss of territories to the U.S Treaty in 1898.

Seville saw an unprecedented construction boom in the 19th century. The Spanish government and burgeuouise investment saw to the modernisation of the city, this included the establishment of new businesses and arts and culture initiatives.

In 1936 Spain’s civil war occurred, which led to a coup in Seville.

In the ‘50s and ‘60s, Seville experienced heavy flooding from the basin of the Guadalquivir, as well as rising political tensions. This came about due to trade unionism led by Seville’s workers’ commission, Comisiones Obreras (CCOO).

The city was named Andalusia’s capital in 1989, after which Seville underwent another expansion of infrastructure. This brings us to the beautifully modern Seville we know today. If you’re planning a trip to Seville, learning a little bit about the city can help you understand and enjoy it better. Below are some fascinating facts about Seville.

Seville on the big screen

The amalgamation of Moorish and Venetian influence in Seville’s architecture make this city a well-liked destination amongst location scouts. The city features in Star Wars Episode 2: Attack of the Clones, as well as Lawrence of Arabia.

The Alcazar, which can be toured, also appeared in four episodes of the prolific Game of Thrones. The palace stood in for the fictional “Water Gardens of Dorne” in the GoT universe. 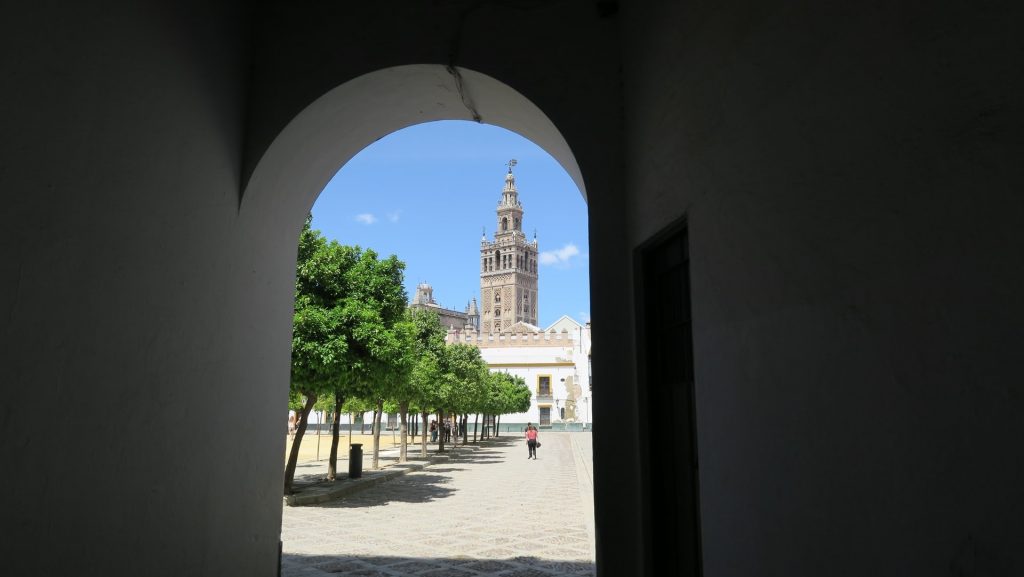 Seville is home to the largest wooden structure in the world, the Metropole Parasol. Locals call this structure Setas de la Encarnación or Incarnation’s mushrooms. The magnificent structure was designed by architect Jurgen Meyer in 2011 and reaches nearly 250 ft in height.

This breathtaking sight in Seville boasts award-winning design, with a gorgeous balcony from which you can see a panoramic view of the city. The six mushroom-shaped parasols shade the Plaza de la Encarnació in the old quarter of Seville. The birthplace of flamenco

Flamenco is a musical style said to have originated from 19th century Seville and is a combination of different folk music traditions from various cultures of the time. Flamenco dance is expressive, involving footwork, clapping and expressive body movements to the lively musical style.

Flamenco singing and dancing is inherent to Spanish culture, and one of the key attractions of the city of Seville. Dancing was, and still is, encouraged in cafes and in street processions. There are many Flamenco performances in Seville, which are certainly a must-see.

The Solúcar Solar farm lies just a few miles outside of Seville, providing renewable energy to the city. The facility spans over 300 acres, using heliostats (mirrors) to absorb energy from the sun’s rays. The electricity produced is clean, without emitting any harmful gases.

The solar farm produces enough electricity to support Barcelona alone, thanks to Spain’s government subsidy for solar producers. These “power towers” are one of the largest solar facilities in Europe.

Seville is the proud home base of the Sevilla Football Club, one of the best in Europe!

Seville is the 4th most populous city in Spain. These residents come from all over the globe, including the United States, Morocco, Argentina and Columbia.

The city also has an ageing population, with 19% of its inhabitants being 65 years of age or older.

Semana Santa is one of the biggest annual festivals in Seville, which takes place during Holy Week – the seven days leading up to Easter. Although this is a religious festival, it is not entirely sombre and involves much celebration.

You’ll find the city buzzing more than usual during this time of year, especially due to the processions that take place throughout the festival. Priests and other members of the religious community will join in huge processions that snake through Seville.

The processions include hymns being sung by the crowds, as well as floats representing religious figures like the Virgin Mary. If you’ve never seen a religious festival of this scale, the Semana Santa is truly something to behold. It’s an experience of the Seville culture like no other.

The Cathedral of Saint Mary is a Roman Catholic cathedral in Seville. This magnificent building, which is attached to The Alcazar, is the largest cathedral in the world. This is a must-see landmark in Spain and was also declared a World Heritage Site by UNESCO.

It was during the Moorish era that construction of the cathedral began. In fact, the building began on top of a former mosque. With such a far-reaching history, the cathedral bears the style and influence of the Baroque period, Renaissance and Neo-gothic art and architecture.

La Giralda is the cathedral’s tower, from which you can see a panoramic view of Seville. The tower was used as a place to call to prayer. Today, however, you can hear the church bells resounding from the tower’s 1104-meter04 meter height.

La Giralda happens to be taller than both Big Ben and the Tower of Pisa. You can take a tour of La Giralda, where you can also visit the tomb of Christopher Columbus. These tours are popular amongst tourists, so ensure you book beforehand to skip the queue. If you wander around Seville long enough, you’ll likely notice the text “NO8DO” inscribed on walls around the city. You can find this code etched into park benches and on brick walls in alleyways. It’s even printed on parking fines. So what does it mean?

When decoded, “NO8DO” is no me ha dejado in Spanish, which means “She has not abandoned me.” Legend has it that King Alfonso X gave this motto to the city of Seville, whose inhabitants were loyal to the leader even when his son attempted to usurp the throne.

“NO8DO” is thus one of the oldest legends in Seville, and carries with it fascinating mythology. You can spot this insignia on government property around the city as a tribute to Alfonso X.

So why is Seville famous? From the architecture and the attractions to the rich heritage and culture, Seville is a fantastic destination for any traveller. The city has a unique history, boasting an amalgamation of different cultures and ethnicities.

This beautiful city is a gem of southern Spain, filled with interesting facts. From the football club to the secret code, there seem to be endless intriguing things to learn about Seville. Not to mention a wide array of attractions, fascinating tours and amazing activities.